WE did iT … and new challenges

A message from the Presidents

We are particularly happy to announce the creation of the Circle of Friends of the Institut du Cerveau – ICM. Its primary vocation consists in bringing together all the pioneer donors that have supported the ambitious idea of creating a neuroscience institute in the heart of Paris and rapidly place it among the most eminent in the world. We did it. And we are already faced with new scientific, mathematic, philosophical, physical challenges… to extend further the limits of knowledge. This is why we propose that you join the circle, YOUR circle, in which we are going to create a privileged relationship with the researchers, inform you in real time on the major scientific advances and perspectives.
It is for us, together, to rise to new challenges and help the researchers to realize their goals. Continue our human adventure, reinforced both by a new dynamics and also by new travelling companions that we will invite. Such is our common mission in this Circle: better care for and cure the diseases of the nervous system.
Thank you for your involvement.

WHY THE CIRCLE OF FRIENDS OF THE Institut du Cerveau – ICM?

All physical or moral persons who have engaged their philanthropic power at the service of research on the nervous system.

TO BRING THEM TOGETHER

WHY BE PART OF IT?

THE RESOURCES OF THE Institut du Cerveau – ICM

THE ACTIVITIES OF THE CIRCLE: GET INVOLVED ALONG WITH US FOR THE LONG TERM

Get together and share:
The Institut du Cerveau – ICM invites you to exclusive meetings and events to give you a preview of all major information, notably of the advances in research. The breakfast meetings, private visits and thematic lectures will be the occasion to meet the scientists surrounded by your peers.

Inform you, account for:
The Institut du Cerveau – ICM wishes to testify to the impact and the power of your engagement. We dedicate to you specific newsletters, personalized activity reports. You will thus have, at all times, the means to know how your donations are used, the experimental results and the projects elaborated thanks to your support. You will also be the first recipients of information on the finances of the Institut du Cerveau – ICM, which has already proven the transparency and good management of its resources.

Mobilize:
If your donations are primordial for carrying out our mission, your role as ambassador is also very important. Become a member of the circle is also to be mobilized to make known the cause of the neurological diseases, the complexity of research on these subjects and the now central role of the Institut du Cerveau – ICM. The Circle of Friends is called on to grow. We count on each of its members to disseminate awareness of its existence and engage new support, in France and elsewhere.

By level of contribution

Make a long term engagement and support a specific scientific axis or project?

Your donation in this case is affected to the project to which you wish to contribute. Your name will be mentioned in annual reports, not according to the level of your support, but by the axis supported. Contact the office of the “Cercle des Amis” to know what projects have priority.

WHY GIVE TO THE Institut du Cerveau – ICM?

The Institut du Cerveau – ICM offers donors who are members of the Circle, a specific program of recognition aimed at giving first hand information on the advances, acknowledge the support by naming a space in the laboratories, exclusive encounters…

THE DIFFERENT KINDS OF DONATIONS THAT GIVE ACCESS TO THE CIRCLE

There are many ways to support the Institut du Cerveau – ICM and its projects financially. They are presented in detail below:

You represent a company?

The Circle already includes a great variety of enterprises, attesting to it capacity to form multiple partnerships. The team of the Institut du Cerveau – ICM is available to define with each enterprise a strategy of patronage adapted to its interests and its expectations.
If you wish to support the Institut du Cerveau – ICM and join the Circle, there is necessarily a solution adapted to your patrimonial and financial situation. The office of the Circle of Friends is at your disposal to give you specific advice on the matter and optimise the efficacy of your donation.

60% of the donations of enterprises are deductible from the profits of the companies, up to 0.5% of the turnover.

FOR PHILANTHROPY AND RESEARCH WITHOUT BORDERS…

The Institut du Cerveau – ICM has developed, since 2009, an agreement with Transnational Giving Europe, a partner of European foundations and associations. It allows a donor whose fiscal residence is in one of the partner countries of the TGE to support the Institut du Cerveau – ICM and benefit from the fiscal advantages of his country of residence.
> More information here 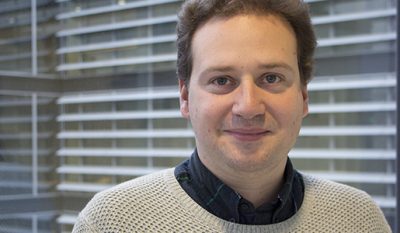 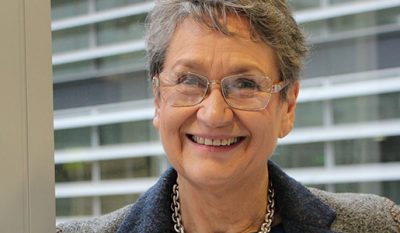