The team “Plasticity and regeneration of myelin” co-directed by Brahim NAIT-OUMESMAR, Inserm Research Director at the Paris Brain Institute – in collaboration with Angela Giangrande’s team (IGBMC, Illkirch) has just demonstrated that the Gcm2 gene has a conserved function from flies to humans in the control of inflammation of the central nervous system. This work is published in Cell Reports.

The gcm (glial cells missing) gene was initially identified in the fly Drosophila melanogaster as a key regulator of the determination of undifferentiated neural cells into glial cells of the nervous system. Thus, Drosophila in which this gene is inactivated show a complete absence of glial cells and an excess of neurons. In Drosophila, gcm is also required for the differentiation of hemocytes, cells related to macrophages in mammals. 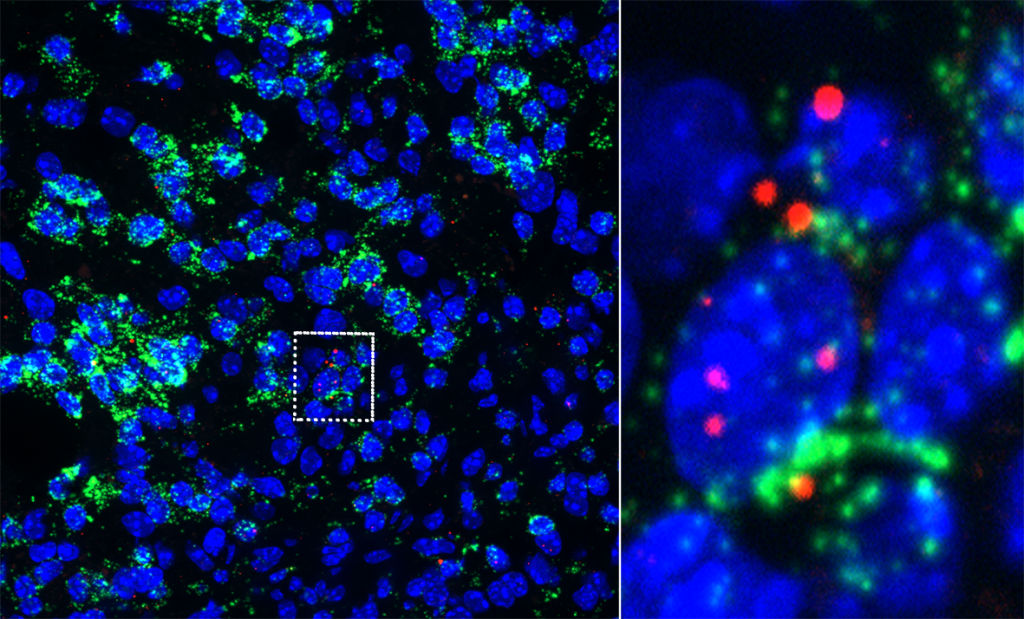 In this study, the researchers showed that Gcm2 is expressed by microglial cells (the resident immune cells of the central nervous system), during brain aging in a mouse model, suggesting that the increased inflammation in the aged brain is partly due to these immune cells.

The study of mice in which the Gcm2 gene is inactivated showed a modification of the morphology of microglial cells associated with a pro-inflammatory profile, during aging or in response to myelin lesions, confirming the major role of this gene in the regulation of neuroinflammation.

From a biological point of view, those results demonstrate that the expression of Gcm2 by microglial/macrophage cells favors their transition to an anti-inflammatory state which benefits to lesion repair.

Gcm is a transcription factor, i.e. a protein necessary for the initiation or regulation of gene transcription. Its expression leads to a cascade of biological reactions, known as a signaling pathway, which in turn involves several other proteins. Given the strong potential of transcription factors in coordinating the expression of several genes and the small number of known transcription factors with a similar function, the results of this work represent a major contribution to the understanding of the molecular mechanisms controlling the inflammatory response.

It also pave the way to new therapeutic targets studies for diseases where the inflammatory response must be contained, such as multiple sclerosis or other neurodegenerative diseases.