Researchers from the “Experimental therapeutics of neurodegeneration” team led by Etienne Hirsch at the Brain and Spine Institute – Institut du Cerveau – ICM, Institut du Cerveau et de la Moelle épinière – and collaborators, have just published a work that represents a real jump forward in the fight against neurodegenerative diseases. This work published in Nature Communications – October 21, 2014 – evidences a small peptide of viral origin which seems to protect Parkinson’s disease affected neurons against degeneration. These major advances appear very promising for the development of future therapeutic applications in the prevention of Parkinson’s disease and more broadly, of neurodegenerative diseases.

Neurodegeneration at cell level:
The progressive loss of structure and function of neurons in neurodegenerative diseases, including Parkinson’s disease, involves mitochondrial dysfunction and early axonal degeneration prior to death of cell body – axons being neurons extensions leading the electric signal from cell body toward synaptic areas. Mitochondria – the powerhouse of the cells – are small organelles (about 1 micrometer) inside cells, essential in cellular energy production and whose physiological role is crucial. When mitochondria are impaired, degeneration and progressive loss of axons is observed with a subsequent neuronal death. Consequently, agents that protect mitochondria have strong therapeutic potential.

Clever viruses that hijack cellular functions with maintaining host cell alive:
Different viruses and other pathogens are known to hijack cellular pathways to their advantage in order to survive and replicate in their host. A case in point is Borna disease virus (BDV), a neurotropic virus that infects nerve cells and persists in nerve tissue without damaging cells. Survival and replication of BDV in neurons depends in part on a viral protein – the X protein – that it produces and that accumulates in mitochondria where it exerts an anti-apoptotic effect(cell death inhibition), ensuring the maintenance of BDV habitat.
In view of this background, in collaboration with the team of Daniel Gonzalez-Dunia at the Purpan Physiopathology Center of Toulouse (CPTP) * and of Jean-Michel Peyrin at the Institut de Biologie Paris Seine**, Stéphane Hunot and Yann Monnet from Etienne Hirsch’s team at the Institut du Cerveau – ICM, were tempted to investigate whether the X protein could protect neurons against neurodegenerative insults. 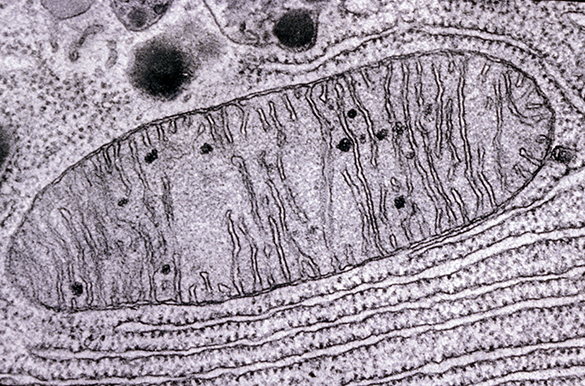 Diversion of natural strategy used by BDV virus – X peptide:
Authors show that, alone, outside of the viral context, the BDV X protein has strong protective properties for axons through a mitochondrial maintaining mechanism, thereby protecting neurons from degeneration. Neuro-protective effect of this protein was validated both in vitro tissue culture and in an animal model of Parkinson’s disease. Intracranial injection of a lentiviral vector driving the expression of the BDV X, markedly reduced axonal damage and neuronal loss of dopaminergic neurons – lesion of which is involved in Parkinson’s disease. Even more interesting, these neuro-protective effects – currently tested in mice – also operate via intranasal administration of a cell-permeable peptide derived from the X protein which passes through cell membranes and localizes to mitochondria. This relatively minimally invasive method holds great promise for future therapeutics.

The identification of this neuro-protective peptide and the very promising study results of which he has been the subject, open the way to novel therapies for neurodegenerative diseases, such as Parkinson’s or Alzheimer’s, by targeting mitochondrial dynamics and thus preventing the earliest steps of neurodegenerative processes in axons. 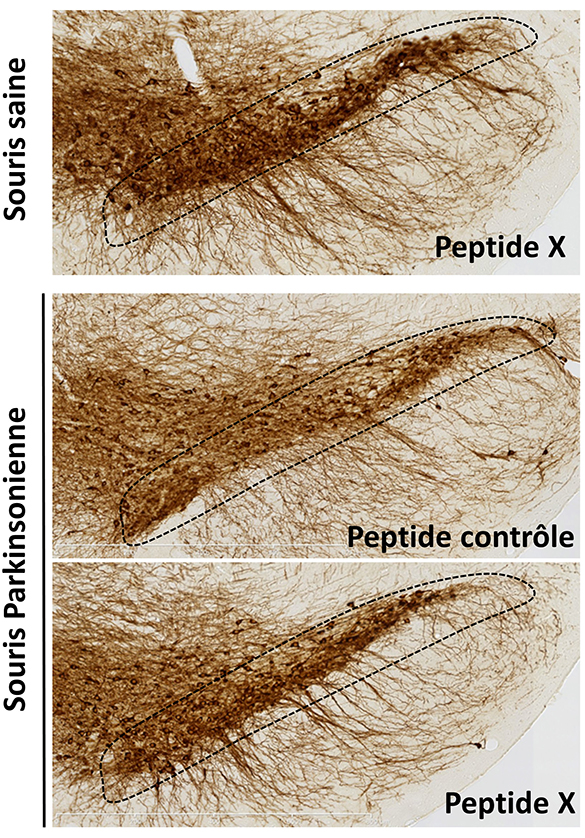