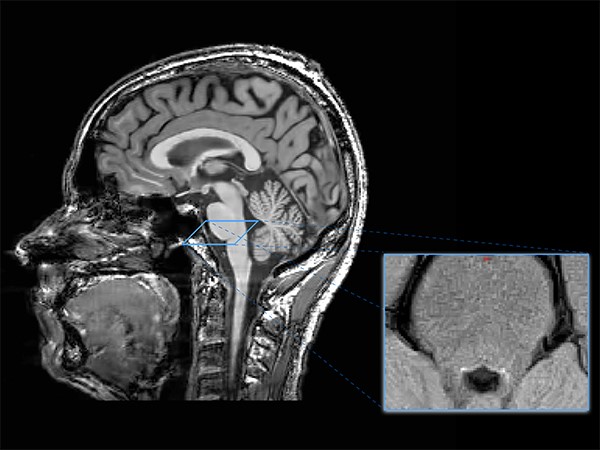 The coeruleus/subcoeruleus complex is visible in this new MRI sequence. This allowed us to study the relation between these small structures (in white on the image) and the muscle tone during rapid eye movement sleep.