The first edition of the French-Canadian meeting on Amyotrophic Lateral Sclerosis (ALS) and Frontotemporal Dementia (FTD), organized by Drs Edor Kabashi and Morwena Latouche, took place on May 30th and 31st at the Brain and Spine Institute (Institut du Cerveau – ICM).
Thanks to the help and participation of the Canadian and French patients associations, numerous prestigious researchers and clinicians came from Quebec and from Canada to meet with their French counterparts from Institut du Cerveau – ICM and other French centers : in particular Lille, Strasbourg, Montpellier, Rouen and Tours were represented. 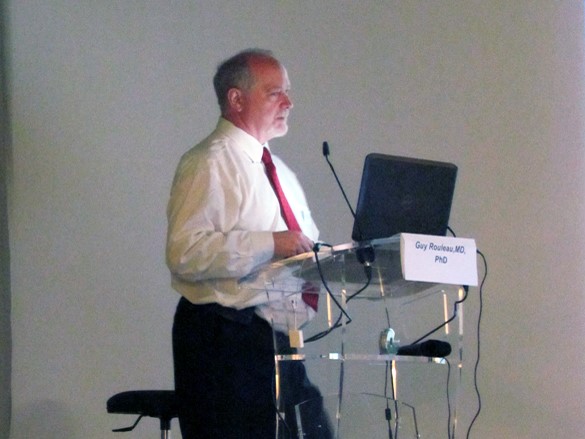 Dr Guy A. Rouleau, Pr at the Department of medicine in the Montreal University. Director of Research Center of UHC Ste-Justine, of the network of applied genetic medicine of Québec (RMGA) and the CENUM (Centre of Excellence in Neuromics of Université de Montréal)

During the two days of the conference, the current researches led by the Canadian and French teams were presented . The colloquium continued by a workshop on the scientific and therapeutic applications and a strategic meeting aiming to define the future of this French-Canadian scientific collaboration. The analysis of the strengths of both countries revealed great complementarities and numerous human and technical exchanges will soon be implemented. 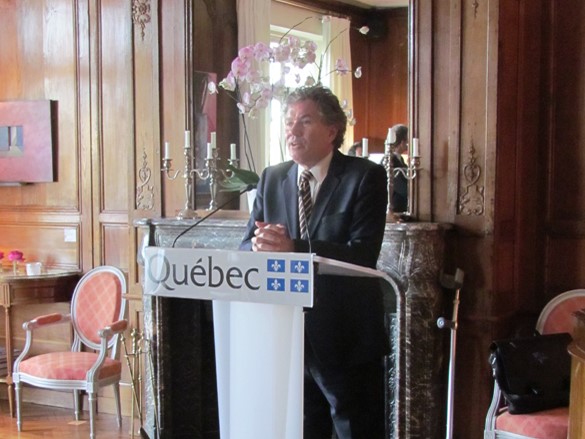 The conference ended with a meeting with the General Delegate of Quebec and his team who supported generously the creation of this colloquium. At this occasion, the General Delegate of Quebec in France expressed its enthusiasm for these exchanges and informed the participants of the strong will of the Quebec institutions to favour and help this kind of cooperation between the two countries.

The second edition of this meeting has already been planned for next year in Quebec.