One of the most exciting challenges in neurosciences is to understand how the brain encodes and stores new information from the environment in order to produce adequate changes in behaviour. In the past, the prevailing view concerning the cellular mechanisms of learning was that spatio-temporal patterns of activity in specific neuronal assemblies contribute to the coding of information and that activity-dependent modifications in synaptic weights between neurons underlie the consolidation of these patterns after learning.

This was first postulated by Hebb (1949) who proposed that transmission in neural networks might be persistently modified by coincidental pre- and postsynaptic activity at single connections. Since then, long-term potentiation and long-term depression of synaptic strength between neurons became the most studied, and widely accepted, models of memory formation in the brain. Using intracellular recordings in the rat in vivo, Séverine Mahon and Stéphane Charpier recently showed that pyramidal neurons of the cerebral cortex can experience a new form of learning that is not mediated by modifications in the strength of synaptic inputs impinging the neurons.

This “intrinsic learning” rather results from the persistent modulation of non-synaptic ionic channels controlling the neuronal excitability, i.e. the endogenous capacity of a neuron to be excited (to fire an action potential) by a given stimulus. Conditioning protocols used in this study consisted in electrical stimulation generating, in cortical neurons of the somatosensory cortex, a pattern of activity matching that produced during an exploratory task. These periods of rhythmic firing could induce in cortical neurons a long-lasting increase or decrease in their intrinsic excitability.

Potentiation and depression of intrinsic excitability resulted, respectively, in an increased or decreased endogenous ability of the neurons to generate action potentials. We demonstrate the functional impact of this cellular learning by characterizing its effectiveness to modify the integration of sensory information. Indeed, neurons whose excitability was potentiated by the conditioning exhibited an increased capacity to generate action potential in response to sensory stimulation. Opposite changes were observed in depressed neurons.

This cellular plasticity, mediated by changes in the properties of non-synaptic ionic channels, is computationally appealing since it allows a durable and precise control of sensory integration in the cortical neurons directly engaged in behavioural learning. This introduces a novel dimension in the field of experience dependent plasticity and further studies might reveal the ubiquitous nature of such cellular intrinsic memory in various brain regions. 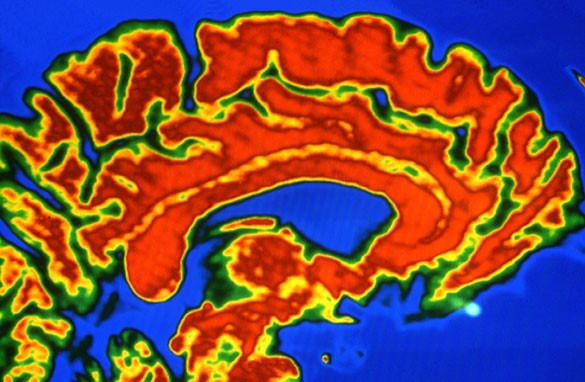