What if an antibiotic that has been used for more than half a century could cure Parkinson’s disease? This is the hope raised by a study of two researchers from the Brain & Spine Institute, Rita Raisman-Vozari, Emeritus Director of Research at the CNRS, and Julia Sepulveda-Diaz, in collaboration with the Argentine team led by Rosana Chehin and two Brazilian teams led by Rosangela Itri and Elaine Del-Bel.

Their results, published in the journal Scientific Reports of the Nature group, have indeed shown that an antibiotic, doxycycline, used at low doses, can reduce the toxicity of a protein, α-synuclein, that accumulates in the brain and is involved in the progression of Parkinson’s disease. Through a multidisciplinary approach combining biophysics, biochemistry and neurobiology, the researchers described how doxycycline would operate, and in particular how it neutralises the toxic forms of α-synuclein. 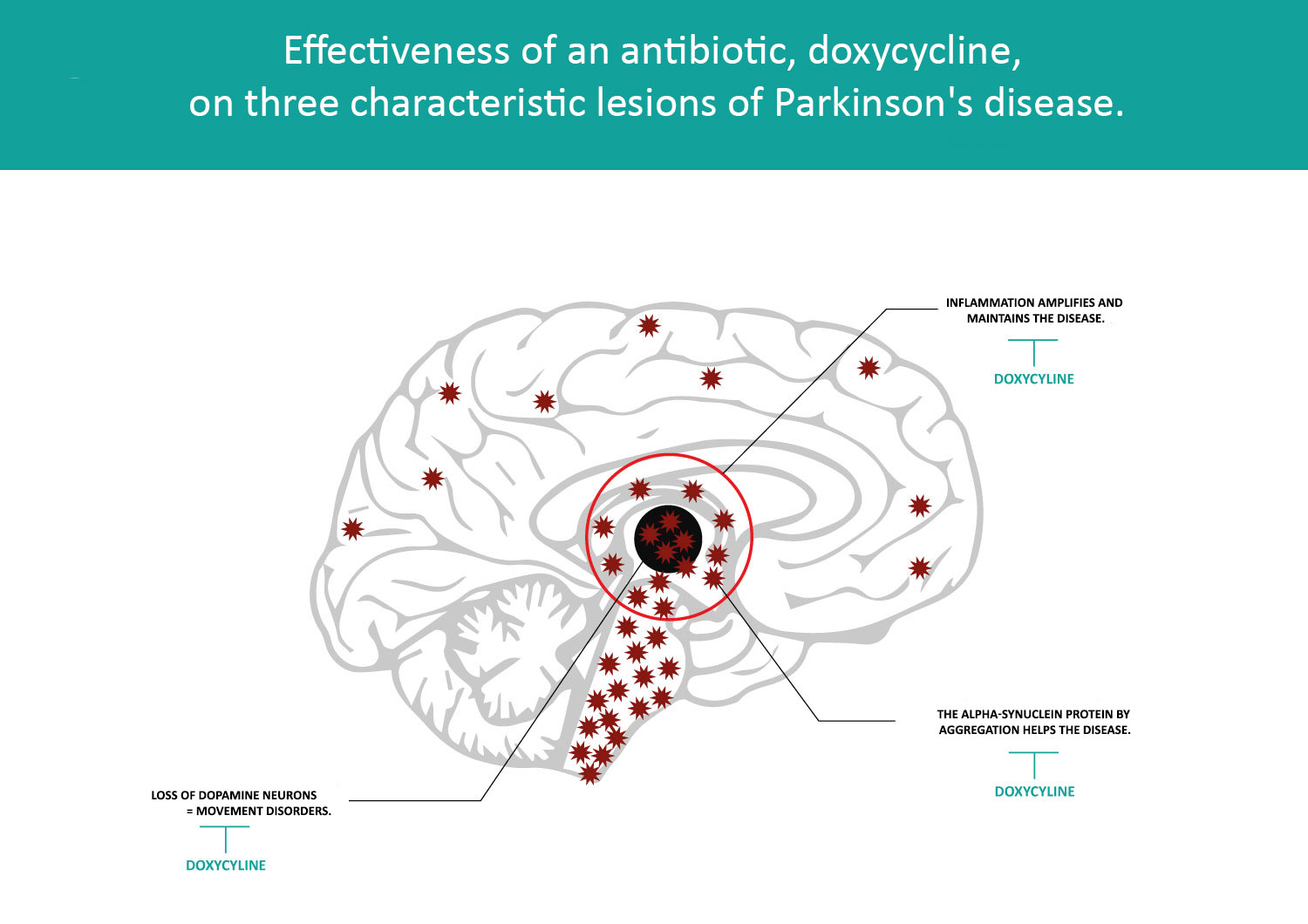 In an experimental model of Parkinson’s disease, the same teams had previously demonstrated the protective action of doxycycline on dopaminergic neurons, whose loss is responsible for the disease’s motor disorders. They had also observed its anti-inflammatory action in the brain.

Moreover, this antibiotic is very well tolerated in humans. It is used for example for the treatment of acne, and has the advantage of perfectly penetrating into the brain.
These very encouraging results make doxycycline an ideal candidate for the treatment of Parkinson’s disease and would make it possible to consider starting clinical trials in humans in the near future.