A research team of the Institut du Cerveau – ICM institute took part to an international study identifying 18 new genes implicated in hereditary spastic paraplegias (HSP). This work, published on January the 31th on the prestigious website of the journal Science, arises from a worldwide collaboration and strongly contributes to the understanding of the genetic origin of HSP, a prerequisite to future therapies, and to future identification of new causative genes.

Hereditary spastic paraplegias are neurodegenerative disorders clinically and genetically heterogeneous affecting individuals of all ages. HSP’s prevalence varies from 5 to 10 for 100 000 individuals. Clinical signs are progressive gait difficulties due to spasticity (muscular rigidity) of lower limbs. This clinical picture can be complicated by other neurological signs overlapping other neurological diseases such as hereditary ataxias, neuropathies or amyotrophic lateral sclerosis.

Giovanni Stevanin is an INSERM / EPHE researcher at the Institut du Cerveau – ICM institute (Director: Alexis Brice). His team has been interested for several years in the study of genetic and physiopathological mechanisms implicated in HSP diseases and they already discovered several genes responsible for these pathologies. This time, the team took part to an international study showing up 18 new genes implicated in HSPs.

The first step of this study was based on the genetic analysis of 55 families from several countries followed by analysis of the effects of mutations in the small zebrafish model that led the authors to discover mutations in 15 new causative genes. Through a bioinformatics approach, they then showed that all these new genes are interconnected with more than 500 other genes, among which 3 were found mutated in patients from another cohort of 200 families from the international SPATAX network (coordinator at Institut du Cerveau – ICM, Alexandra Durr: http://spatax.wordpress.com/).

This brings now to up to 74 the number of causative genes in HSP and the authors were also able to identify new mechanisms at the origin of the pathology. This study is the first step before trying to treat patients and is expected to facilitate further gene identification in HSP. 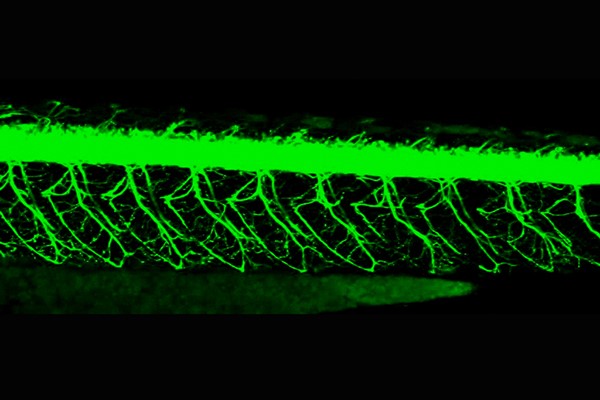