The main goal of this workshop is to promote translational approaches to treat neuropsychiatric diseases. The development of innovative models to mimic the disease is crucial to understand pathogenesis, signaling pathways and to analyze potential therapeutic targets. Moreover, it must be accompanied by translational developments to provide adequate knowledge to better treat human patients. In the case of neuropsychiatric diseases, promoting such approaches is fundamental as we are dealing with very complex disorders in terms of hallmarks and pathogenesis.

This 2nd PHENO workshop is two day event including facility presentation, talks from national / international experts in the field (zebrafish, rodent and non-human primate) and poster session. The first day is dedicated to experimental models and the second to the development of new therapeutic strategies.

Register now for the PHENO Workshop 2017. 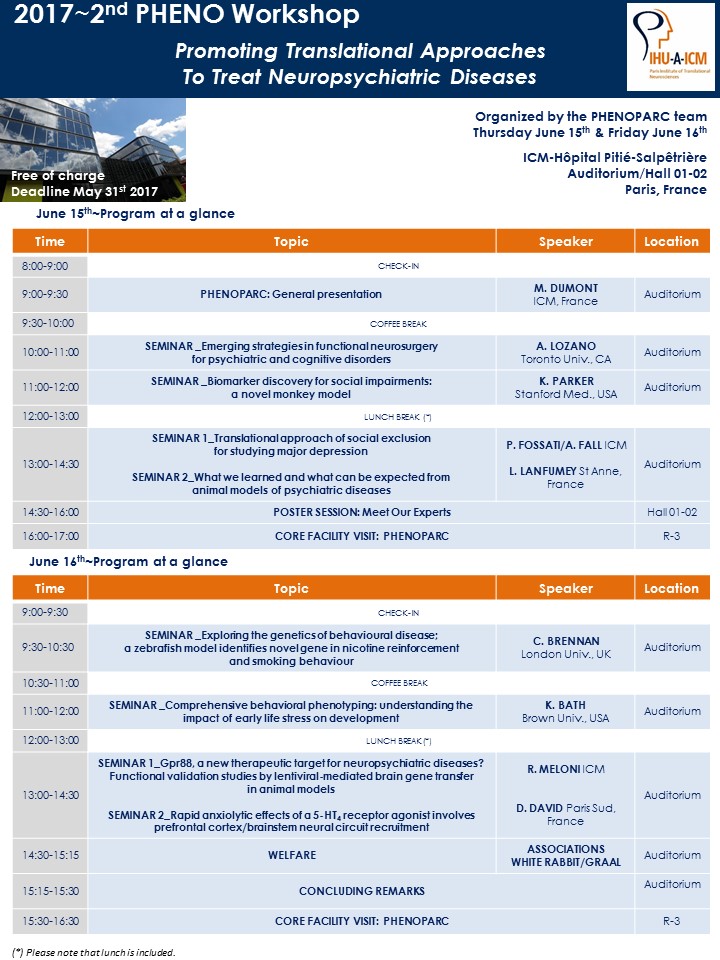 For the poster session on June 15th, poster format must be A0, in portrait.

A poster prize will be awarded at the end of the session. 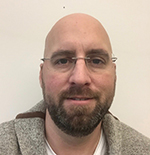 Abstract : For animals, human encroachment and climate change have led to loss of habitat and breeding grounds and destruction of food sources. In humans, increasing civil unrest, famine, and poverty have resulted in an unprecedented 65 million individuals being displaced and nearly 650 million children worldwide who lack adequate shelter, water, or health services. Across species, these effects have diminished the ability of parents to care for and nurture offspring, increasing early life stress (ELS), with consequences for emotional regulation, cognitive functioning, and the development of maladaptive behavior. In addition, significant sex disparities in risk for pathology following ELS have been observed. However, the extent of the effects of ELS on brain and behavioral development, and mechanisms contributing to increased risk in females, is still not fully understood. Using a mouse model of ELS, in the form of restricted access to resources to care for the young, we provide a comprehensive assessment of the behavioral and neurobiological consequences of disruptions in early life care on neural and behavioral development. In the seminar, we will focus on ELS effects on the timing of brain and behavioral development, its impact on cognitive and affective functioning, and sex differences in pathology development. Methods discussed will include the use of traditional behavioral testing approaches, in vivo optogenetic manipulation of cellular activity and its impact on behavior, and computer vision approaches to provide novel measures of behavioral outcomes. 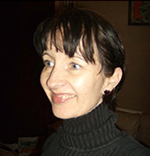 Abstract : My group combines behavioural and genetic techniques to investigate the neural mechanisms of cognitive and goal-directed behaviour using zebrafish as our model system. The ability to visualise the establishment and functioning of neuronal circuits in live embryos and juveniles, and to perform forward genetic and pharmacological screens makes zebrafish an ideal system in which to examine the developmental and genetic mechanisms underlying behaviour and to search for potential therapeutics. In order to exploit the potential of zebrafish in this area we have developed behavioural assays of drug dependence and cognition in adult zebrafish and have initiated a screening and selection programme to identify genetic mechanisms contributing to behavioural phenotypes associated with neurodevelopmental psychiatric and neurodegenerative disease (impulse control, attention, behavioural flexibility, memory and learning). I will illustrate our approach and how fish can be used to identify genes relevant to human behavioural disease phenotypes using smoking as an example. 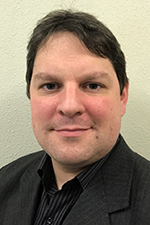 Abstract : Generalized Anxiety Disorder (GAD) is one of the most prevalent mental health conditions. Although benzodiazepines are very effective in reducing acute anxiety, their adverse effects limit their use chronically. Selective serotonin reuptake inhibitors (SSRIs), usually prescribed in depression, are considered to be the first line of therapy for GAD, even though they display a delayed onset of action of several weeks. The development of new anxiolytics, therefore, is of considerable importance, and understanding the mechanisms underlying this delayed onset should offer insights into new approaches. Recent studies indicate that 5-HT4 receptor agonists are faster acting than SSRIs to treat anxiety/depression-like behavior.
Here, we explored the neural circuit recruitment in acute 5-HT4 receptor stimulation-induced fast anxiolytic-like effects in mice. Unlike fluoxetine (18 mg/kg, i.p), but similar to diazepam (1.5 mg/kg, i.p), acute 5-HT4 receptor agonist RS 67333 (1.5 mg/kg, i.p) induced fast anxiolytic-like effect in male BALB c/J mice in behavioral tests such as the Elevated Plus Maze (EPM) and in the Novelty Suppressed Feeding (NSF). Since the 5-HT4 receptor is expressed in the medial prefrontal cortex (mPFC) and these cells project to the brainstem dorsal raphe nucleus (DRN), a serotonergic nucleus implicated in emotional behavior, we evaluated the recruitment of this neural circuit in 5-HT4 receptor stimulation-induced fast anxiolytic-like activity of RS 67333. To this end, the behavioral consequences of local acute intra-mPFC injection of RS 67333 in the EPM and NSF in serotonin–depleted para-chlorophenylalanine (p-CPA, a tryptophan hydroxylase inhibitor) mice were tested. Interestingly, acute intra-cortical injection of RS 67333 (0.5 μg/side)-induced anxiolytic-like effect in the EPM and NSF was abolished in serotonin–depleted p-CPA mice pointing out the critical role of cortical 5-HT release in these effects. By inhibiting optogenetic mPFC projection-targeting to the brainstem DRN with a AAV5-CaMKII-ArchT-green fluorescent protein (GFP) virus, we are currently evaluating this neural circuit recruitment in cortical 5-HT4 receptor stimulation in the anxiolytic-like effects of RS 67333. In summary, 5-HT4 receptor stimulation via prefrontal cortex/brainstem neural circuit recruitment could represent an innovative and rapid onset therapeutic approach to treat anxiety disorders.

Abstract : Major depressive disorder (MDD) is commonly associated with dysfunctions in social interactions where most of patients have a higher rejection sensitivity compared to healthy subjects. Animal models of social rejection are mostly based on physically stressful situations and don’t take into account this sensitivity aspect. In a perspective of a reverse translational study, we developed a rodent version of a common task used to study the impact of social exclusion in humans, the Cyberball [1]. In this ball-tossing game, subjects are put in situations of either social inclusion or exclusion allowing researchers to highlight the implication of two regions, the subgenual anterior cingulate cortex (sgACC) and anterior insula (AI) [2]. These structures are common neural substrates with MDD where in both cases their activity is dysregulated [3] [4]. Our objective is to use our rodent task to define the role of the sgACC and AI in social exclusion in relation to depression. We propose a model where the sgACC acts as a detector of social signals and the anterior insula regulates these information thus allowing healthy subjects to correctly process it. A dysregulation of this interaction in MDD could explain some social impairment. Results found in human studies will also be presented. 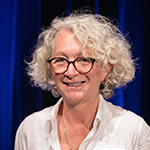 L. Lanfumey : What we learned and what can be expected from animal models of psychiatric diseases.

Abstract : Developing better animal models of psychiatric diseases and identifying environmental and genetic determinants of normal and abnormal behavior are major goals of preclinical research to contribute to the discovery of novel targets and biomarkers relevant of these disorders and their treatments. Major achievements in the recent past notably demonstrated the usefulness of directed gene mutations to produce novel animal models with behavioral abnormalities resembling those of psychiatric diseases. Indeed, to date, many examples of disruption or overexpression of a specific gene have been reported to cause behavioral or neuroendocrine alterations that are reminiscent of a “depression-like” or “antidepressant-treated” state. Also, environmental modifications such as those induced by chronic stress are relevant to decipher the molecular mechanisms with underlie behavioral deficits. Although such models may not replicate the exact pathophysiology of human depression, they do provide key data on the neural and biochemical pathways involved in behavior regulation. We will review some of our main results which show the interest to develop these approaches in preclinical research. 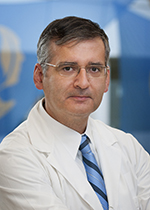 A. Lozano : Emerging Strategies in Functional Neurosurgery for Psychiatric and Cognitive Disorders.

Abstract : The field of Functional Neurosurgery is evolving. The introduction of new targets and tackling novel disorders with Deep Brain Stimulation (DBS) are being examined. There are ongoing efforts to seek appropriate targets for psychiatric disorders as well as for cognitive disturbances including Alzheimer’s disease. There is the realization that DBS has not only effects on the activity of circuits, but also has the potential to remodel and to induce plastic changes in the brain. Recent advances in the field will be reviewed. 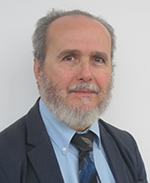 Abstract : We have previously identified Gpr88, an orphan G-protein coupled receptor that is almost exclusively expressed in the striatum, as a new candidate gene for neuropsychiatric diseases. Then, to assess the relevance of Gpr88 as a therapeutic target, we have used lentiviral-mediated brain transfer of micro RNAs (miR) to knock-down Gpr88 expression (Gpr88-KD) in specific striatal regions in animal models of neuropsychiatric diseases such as schizophrenia (SZ) or Parkinson’s disease (PD). A rat model of SZ was obtained by a neonatal treatment with Phencyclidine (PCP), a psychotomimetic that reproduces in the adult animal the positive, negative and cognitive symptoms of the disease. In this model, we have shown that the Gpr88-KD in the ventral striatum reduces motor and cognitive deficits reproducing specific SZ symptoms. Based on these results, we have extended our studies on the role of Gpr88 to PD. To this end, we have generated a rat model of PD using 6-OHDA stereotaxic injections in specific basal ganglia structures in order to reproduce both the motor and non-motor psychiatric (depression, anhedonia, cognitive deficits…) symptoms that characterize this pathology. We have thus ascertained that the Gpr88-KD in specific striatal regions reduces significantly the motor impairment, assessed as the rate of turning behavior, provoked by a unilateral 6-OHDA lesion. Moreover, the Gpr88-KD reduces anhedonia and depressive symptoms and ameliorates cognitive deficits that are generated by a bilateral 6-OHDA lesion of the dorsal striatum. Thus, the results so far obtained in this ongoing functional validation project indicate that Gpr88 is a promising new therapeutic target for symptoms common to several neuropsychiatric diseases and may give a new impulse to the identification of specific ligands for this orphan receptor.

Abstract : Autism spectrum disorder (ASD) is a brain disorder of early childhood onset which is characterized by core social impairments. Although ASD is one of the most devastating childhood disorders in terms of prevalence (1 in 68 U.S. children) and societal cost ($137 billion expended annually in the U.S.), its basic disease mechanisms remain poorly understood. Few biomarkers of ASD have been identified, hindering the understanding of its basic biology; nor are there any laboratory-based diagnostic tests to detect, or any medications to treat, ASD’s core social deficits. Creating animal models with reliable behavioral and biological correlates to the human disease, and in humans, elucidating the underlying neurobiology of social deficits, testing promising medications that improve social functioning, and identifying biomarkers of treatment response are important challenges that require urgent attention. Addressing these barriers to progress is the principal goal of the Parker Lab Social Neurosciences Research Program at Stanford University, which spans primate models to patients with ASD. A particular interest of our group is testing whether “social” neuropeptide (e.g., oxytocin and arginine vasopressin) signaling pathways are robust biomarkers of, and treatment targets for, social impairments in ASD. Accordingly, this presentation will review behavioral and biomarker findings from our monkey model of naturally occurring social impairments. Implications of these research findings for targeted therapies will be discussed, as will our ongoing neuropeptide treatment trials in children with ASD.