A new clinical sign to probe the state of consciousness

The first work describes the discovery and validation of a new sign of clinical examination which makes it possible to identify among these non-communicating patients those whose brain function is the richest.  The researchers observed that the auditory startle reflex in response to noise (i.e.: blinking of the eyelids following a sudden sound) presented a habituation in patients capable of anticipating stimulus repetition. When the sounds were repeated, these patients were able to inhibit this behavioral response. Conversely, an inextinguishable startle response was present in patients whose detailed clinical examination and cerebral explorations (EEG with quantified high density, cognitive evoked potentials, diffusion tensor MRI, PET-scan with fluoro-deoxy- glucose) revealed very poor brain and cognitive activity. Beyond this precious diagnostic value, the presence of this clinical sign, – easy to find at patient’s bedside -, also made it possible to predict an improvement in their state of consciousness at six months. The invention of new clinical signs based on the use of the most recent structural and functional brain imaging techniques also demonstrates the contemporary vitality and renewal of neurological semiology. Published in the world’s largest neurology journal (Brain), this article was chosen by the editorial board as “Editor’s choice” because of its innovative nature and importance. 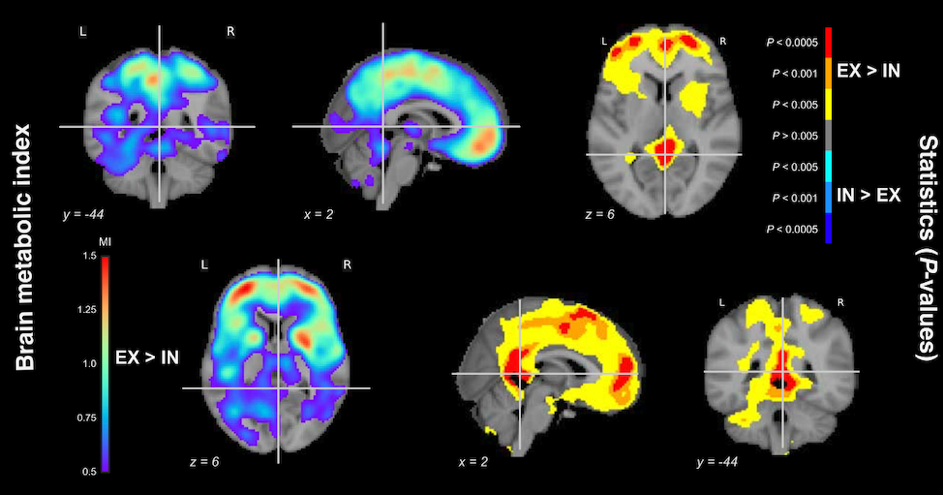 The second work reveals how transcranial direct current electrical stimulation (tDCS) of the frontal lobe can improve conscious state in some of these patients. By comparing patients who showed behavioral improvement after a single session of tDCS, to patients who did not show such an improvement, the researchers demonstrated that the clinical response to tDCS was associated with an increase in specific EEG markers of consciousness (long distance oscillations and communication between the prefrontal and parietal regions in the theta frequency band). The researchers also used a simulation model of the distribution of electric current based on the individual anatomy of the patients, to show that the clinical response to tDCS was correlated with the intensity of the electric field in the cortex next to the stimulation electrodes. These results are important both on the clinical level – by paving the way to the development of new therapeutic strategies for personalized patterns of tDCS stimulation – and on the level of basic research by confirming the importance of the prefrontal cortex and the fronto-parietal network in the physiology of consciousness, – as postulated by the theory of global neuronal space developed over the past twenty years by Stanislas Dehaene, Jean-Pierre Changeux and Lionel Naccache. This work was published in the journal Scientific Reports of the Nature group.